Everyone loves to listen to stories of people getting one over on those pesky people calling to sell garbage over the phone.

With cellphones it’s a little harder to receive them nowadays but they come, and when they do it’s an opportunity to have some fun!

What is dumb fun? It’s my special brand of fun I use on my favorite telemarketers.

How does it work? Simple!

That’s it, simple and sweet, and it makes them upset every time!

This particular time it worked extremely well, and it fired Squidward up so much he wouldn’t let me play dumb anymore.

He welcomed himself as an employee of the Publisher’s Clearing House. Naturally I thought, ‘Oh okay, I’m writing a book, so they somehow found that out and they want to talk to me about it!’

So when the guy asked, “Do you know why we’re calling?” I replied, “I suppose it’s because you caught wind that I’m writing a book and you want to help publish it!”

I knew I was wrong when he said, “What?”

So I replied at least two more times with the same response, and that is his beginning of his annoyance. Squidward (he didn’t give me his name) just continued on with his script by telling me I’m a sweepstakes winner.

I was surprised (to him!), and I told him I don’t remember signing up for one.

He told me that I signed up for one and received a letter in the mail and should have called them back. But I didn’t! Thus the call from Squidward!

Squidward said I won a million dollars and a new car!

I knew I made him angrier when he cried out, “OH MY GOD!”

He tried one more time to get me to believe I entered a sweepstakes, “Don’t you remember signing up for our sweepstakes and getting a letter from us telling you to call us?”

And so he moved on…

“Well don’t you want your prizes?” And so naturally I said, “Sure, what do I need to do?”

And his crushing blow that he set up for me was, “Well you do know that you have to pay for the shipping and handling right?”

HE WAS SO ANGRY HE THREW THE PHONE DOWN!

…Shame I didn’t get his autograph… Eh, no one would have believed me… 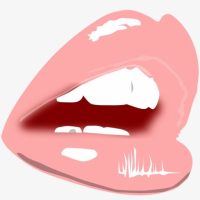