If shooting game are not your cup of tea, prepare to think about making an exception. Call of Duty Black Ops 3 is adhering to the Sci-Fi fans in all of us, with it’s new take on a futuristic earth where we rely more on robotics in our warfare than ever before. And if you thought RPG game elements were the only place you could get a good story and awesome then you are in for a treat!

I mean, look at these pictures!

Blowing up planes with a bow n’ arrow!

And of course these guys that catch my eye…

The graphics look amazing, the sounds, gameplay, and multiplayer experience has been worked to the liking of the player this time. According to the random video that plays in Gamestop the creators unleashed the Beta to us so they could fine-tune it to the bugs and problems WE had with it. So suffice it to say, they really paid attention to us with this installment!

A lot of people have a problem that it’s not a glorious remake of World War 2, and to that I say, ‘why do you want another one?’ There’s over two-hundred other games devoted to that time in history, go play those!

This continues the series of the Black Ops line, and its taking part in the imagined future. I couldn’t be more intrigued, and can’t wait to try it out…

On a next-gen console that is…

I have a PS3 right now, and they have taken the Campaign out because it can’t handle this…

I’m impressed and can’t wait to try it. As well as there infamous Nuk3town map, Zombies mode, and GIANT ZOMBIES mode!

So this game is coming out for PS3, PS4, Xbox 360, and XboxOne, on 11/6/15 and the time is drawing near! Let’s get out there and celebrate this new path that a classic first-person shooting franchise is breaking out into full blown science fiction!

***I am not paid by anyone to write this. I am legitimately excited for this game. I have a thing for science fiction and futuristic robotic warfare video games.*** 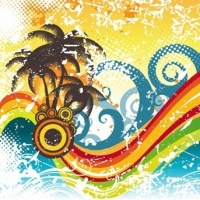